3 Knights & 2 Welshmen Take to the Stage 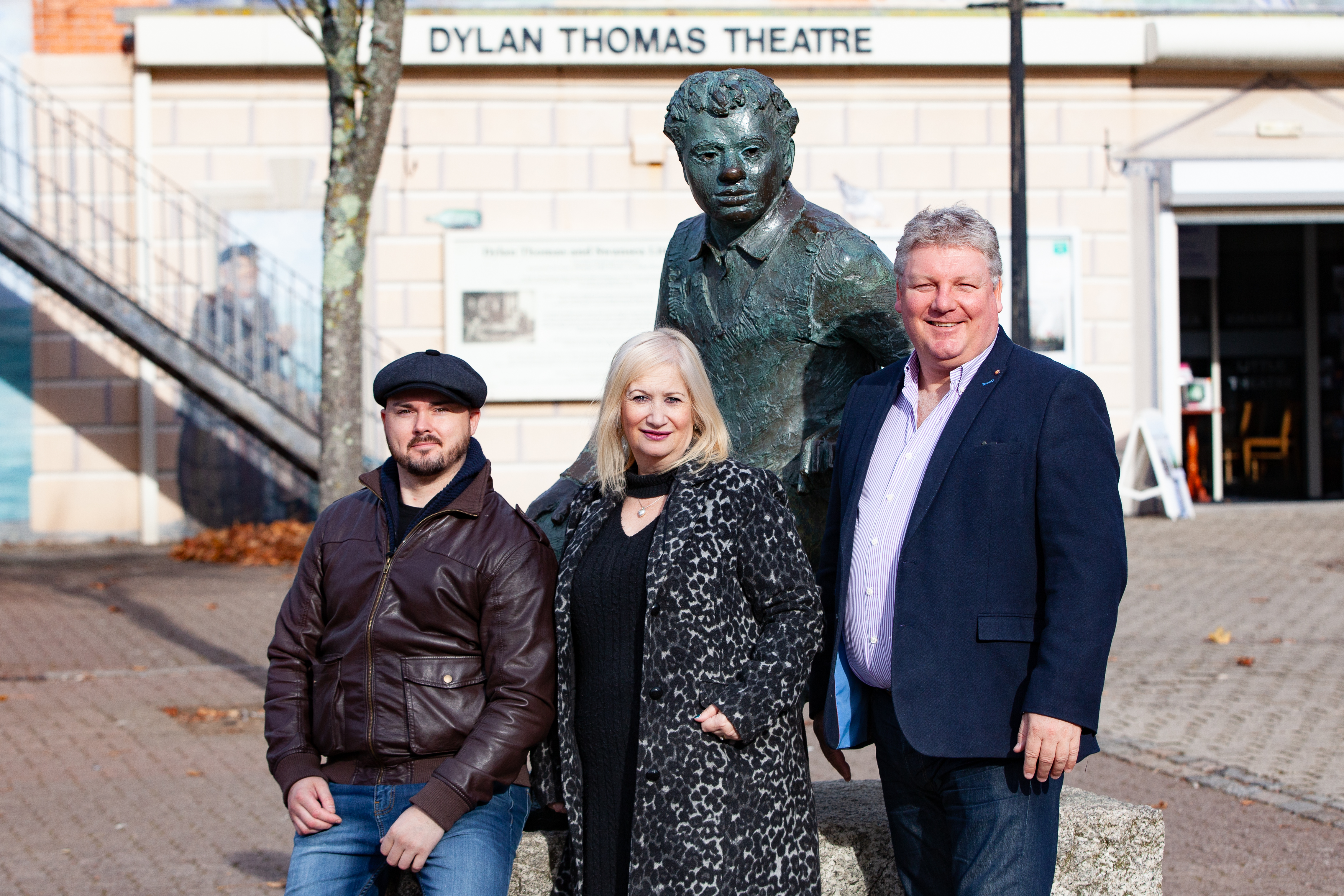 It’s not often that five legends of the arts share the stage together, but that’s exactly what’s happening with a new play by PT Rose set to take place in Swansea.

“Starring in the film alongside Richard was Laurence Olivier, John
Gielgud and Ralph Richardson,” said producer Karen Struel-White, “and this was the very first time when all four screen and stage legends had worked together.”

“So the story goes, all four actors would dine together after a days filming and recount tales of celebrity, wild-living and fame over copious amounts of fine wine and food and this is the scene that’s set for this innovative production,” continued Karen.

While Dylan Thomas was not there in person, his rare talent and passion for wild living, women and drink brings his character seamlessly into the play in the form of Burton’s demented conscience

“This is a fly-on-the-wall view of what may have taken place during one of the infamous dinners,” said producer Peter Lynn, “and the pace and style of the play is full of adult humour, wit and raconteur style story-telling, all of which delivered by the cream of local acting talent and directed superbly by Michael Aubin.”

Aubin, who is the founder and artistic director of Luna Theatre, brings a wealth of theatrical experience to the production and will be directing a stellar cast including:
Lyndon Jeremiah in the role of Richard Burton, Stephen Smith as Sir John Gielgud, Rob Stradling as Lord Olivier, Lyn Williams as Sir Ralph Richardson and James Morgan in the role of Swansea’s beloved son, Dylan Thomas.

Taking place at the Dylan Thomas Theatre, opening night is scheduled for St David’s Day 2019 before a series of dates and locations are rolled out nationwide, however, audience members can get a sneak peek of what’s in store on November 9th, a date that is intrinsically liked to the play.

“Thursday 9th November is the anniversary of Dylan’s tragic passing and the eve of Richard Burton’s Birthday,” said Karen “and we will be holding our first ‘read-through’ of the script at the Dylan Thomas Theatre from 7.30pm as well as displaying a specially commissioned painting by the renowned Welsh artist, Jeff Phillips .”

Tickets for the read-through are free, however, due to restricted space, attendees are required to register their interest by emailing [email protected] and those interested in reserving tickets for play next March are encouraged to email the same address.
more information can be found at www.3knightsand2welshmen.com