Do You Need To Spruce Up Your Inspection System?

The vast areas of land under Local Authority responsibility are home to a variety of species of tree, of all ages, shapes and sizes. Some of those trees, whether by virtue of their stability, location, age or condition (or a combination), present a potential hazard to members of the public and nearby property.

Local Authorities with a highways function will be well aware of the need for a system of safety inspection to include the footway, carriageway and of course street furniture, but do those inspections extend to considering trees with the potential to affect the highway? What is reasonable to expect of an inspection regime to avoid being stumped in relation to liability should a claim arise?

Of course there will always be incidents of trees suddenly failing and falling with the unfortunate consequence that some of those instances will cause injury and/or damage. What factors, therefore, should be specifically considered with regard to inspection systems in order to avoid civil liability?

The Court of Appeal recently considered this knotty issue in a case called Witley Parish Council v Cavanagh[2018] EWCA Civ 2232.  In that case the relevant tree was a mature lime measuring between 25 and 30m in height, situated near to a poplar bus stop and some benches on an ‘A’ road. There was also a house which was liable to be struck should it fall.  The tree naturally leant toward the road and house. Seemingly around 2009 the tree had begun to suffer internal fungal decay at around 300mm above the ground level and become unstable as a result, although that fact had not been identified prior to a spell of high wind in January 2012 when the tree fell onto a bus that was at the nearby bus stop.  The bus was crushed and the driver injured, leading to a claim for damages against the Parish Council.

The Parish Council had a system of instructing an arboriculturist to carry out detailed inspections of all trees in its area every three years irrespective of their age, size, position or condition.

The Trial Judge had noted that the Parish Council’s inspectors hadn’t previously twigged that the tree was diseased despite proactive inspection, though considered that it ought still to have been subject to more frequent inspection due to its characteristics and location, being as it was a large tree which was leaning toward and within falling distance of the highway and particularly an area frequented by the public on foot and in vehicles. The root of the problem was that if it did fall then there was potential for significant damage or injury.

The tree’s characteristics were such that it posed a higher risk than perhaps other trees in the Parish. Accordingly it should have been subject to more frequent inspection and considered in light of its individual characteristics, rather than simply as part of a triannual inspection approach taken to all trees within the Parish.

On the evidence in the case the Trial Judge found that this particular lime tree should have been inspected every 12 to 18 months so its condition could have been considered ‘in leaf’ and ‘out of leaf’ alternatively.  Had that been the case then the internal fungal decay affecting it wood likely have been identified prior to the incident.

The Court of Appeal refused to interfere with the Judge’s findings and reasoning. Regard was had to the earlier decision of the High Court in Stagecoach South Western Trains v Hind[2014] EWHC 1891 which identified the duties of a landowner in respect of trees as including (but not being limited to) the carrying out of inspections on a suitably regular basis.

Even as long ago as 1951 the House of Lords had identified that the duties of a ‘reasonable and prudent’ landowner would include the inspection of trees on their land (Caminer v Northern Investment Trust Ltd[1951] AC 88). The truncated facts of that case were similar to those in Witley Parish Council v Cavanagh, involving a diseased tree which fell during winds onto a vehicle on the highway, causing damage to the vehicle and injury to its occupants. That tree was an elm aged between 120 years and 130 years affected by elm butt rot which in this instance was not in fact identifiable by ground level visual inspection.

It is clear Local Authorities, whether as a land owner or exercising its functions as a highway authority, must have in place a system for regular inspection of trees to properly monitor their condition, and manage risk of damage or injury. Inspection systems may very well need to branch out and leaf as little as possible to chance.  It is not adequate for that system to simply be blanket.  Specific consideration should be given to the age, position, size and inclination of trees which are within falling distance of highways or property.

This is also made clear within the Code of Practice: Well Managed Highway Infrastructure (2006), to which Highway Authorities should have regard, specifically at B.5.4.1 where it is said ‘Trees are important for amenity and nature conservation reasons and should be preserved but they can present risks to highway users and adjoining land users if they are allowed to become unstable, cause obstruction or create visibility issues’.

The guidance also provides that “Safety inspections should incorporate highway trees, including those outside but within falling distance of the highway… A separate programme of tree inspections, however, should be undertaken by arboricultural advisors… Authorities should include some basic arboricultural guidance in training for inspectors but it is important that arboricultural advice is obtained to advise on the appropriate frequency of inspections and works required for each individual street or mature tree, based on assessment of respective risks.”

Local Authorities will need to consider basic training of highway inspectors as to their responsibility fir considering highway trees visually during highway safety inspections, and to more detailed inspections to be carried out in a more specialised and focussed manner, all of which at an appropriate frequency.

Systems will need to extend beyond initial inspection and include consideration of remedial/consequent steps which may include; increased frequency of inspection; more detailed inspection by an arboriculturalist; lopping of branches and foliage; cutting roots; removal altogether; or exercising the powers available to a Highway Authority against third party land owners under s.154 of the Highways Act 1980.

What is clear that any Local Authority had best be proactive and not rest on its laurels.

*Nothing in this article constitutes, or is proffered as, legal advice. 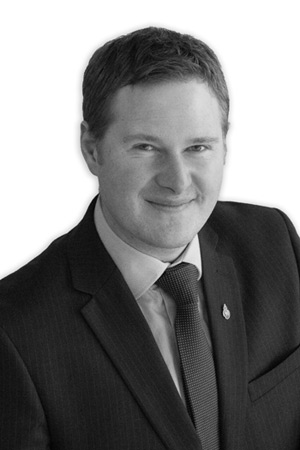