Paris in spring and a special run for charity 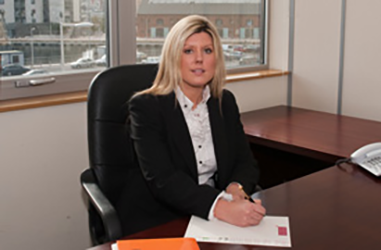 On the 7th April Swansea business man Andrew Downie will compete in this year’s Paris Marathon as part of a fundraising drive for cancer charity CISS.

The charity is a dedicated information and support service to those suffering with cancer in South West Wales.
“Almost everyone has been affected by cancer be it personally, or through a friend or family member and the emotional support and factual information is often over looked.
When I heard the news that I’d secured a place in the Paris Marathon I knew I wanted to assist CISS with their fundraising and with the event being entirely self-funded, every penny of the money raised goes straight to the charity,” said Andrew.
Andrew is managing director of NetBop Web Development in Swansea’s SA1 business district and with the support of other members of the business community, his target is to raise over £2000 for CISS by completing the marathon.
In particular generous support has been provided by Peter Lynn of Peter Lynn and Partners with a £500 donation.
“We are delighted to support Andrew and his quest to raise considerable funds for the CISS charity. We are all touched in some way by this terrible disease and every donation goes a long way to help those suffering with cancer in South West Wales,” said Peter. Share this article:

Sara qualified in 1993 and worked with solicitors firms in Cardiff and Swansea before taking up a partnership at Peter Lynn and Partners in 2000. Sara specialises in matrimonial and family law including divorce and relationship breakdown. She deals with everything associated with this area including money and child issues....