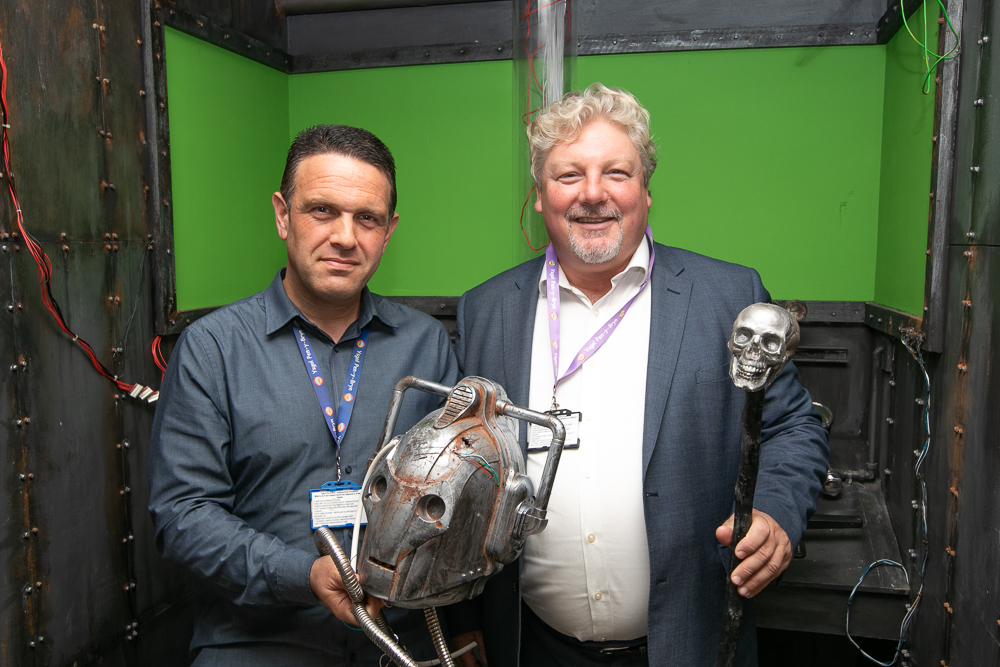 The project, which was scripted, filmed, acted and produced by students at the school features a range of familiar Dr Who Characters including Daleks, K-9, Cybermen, Autons along with an authentic reproduction of the Tardis.

“The students have worked extremely hard and have thoroughly enjoyed this project,” said James Williams, Enterprise Co-ordinator at the school, “and we are truly grateful to Peter Lynn and Partners for their continued support of our projects.”

“We have been fortunate enough to have ex-producers of Dr Who come in and talk to the school, helping us build high-quality replicas of the props on the show.”

The majority of the filming took place at several key locations across the region including the National Waterfront Museum, Lanelly House, Carmarthen County Museum, Margam Castle and Swansea College of Art however one memorable location was Southerndown Beach.

“The producer we spoke to kindly shared the exact spot on Southerdown Beach where one of the actual Dr Who scenes were filmed for the BBC, so it was a great experience for the students to visit that location and film themselves”, said James.

Accurate replications of key Dr Who props were integral to the filming and the school’s workshop went into overdrive to help the students build everything from scratch.

“We salvaged a lot of materials to build the props and used a lot of tricks to create certain effects,” said James, “including cinnamon to create a rust effect and a string of LED bulbs to create the sonic screwdriver.”

The highlight of the workshop was the creation of a Tardis in a small cupboard space in the workshop, which they used to film in.

“The students built the tardis from scratch and painted a green-screen in the window space to allow them to add effects in post-production.” he continued.

This is the latest in a series of Pen Y Bryn productions the law firm has supported and Senior Partner, Peter Lynn, recently visited the school to meet staff and students and to see how the film was put together.

Peter commented, “I have visited the school on many occasions, and it always amazes me how they help students learn through innovative methods such as film making, and each time it just gets better and better.

Peter was shown around the school by staff and students and even got to meet the Doctor himself, played by student Ieuan Morgan.

The film and book will be launched at a special screening event in the Odeon later this year.

Check out the trailer here: 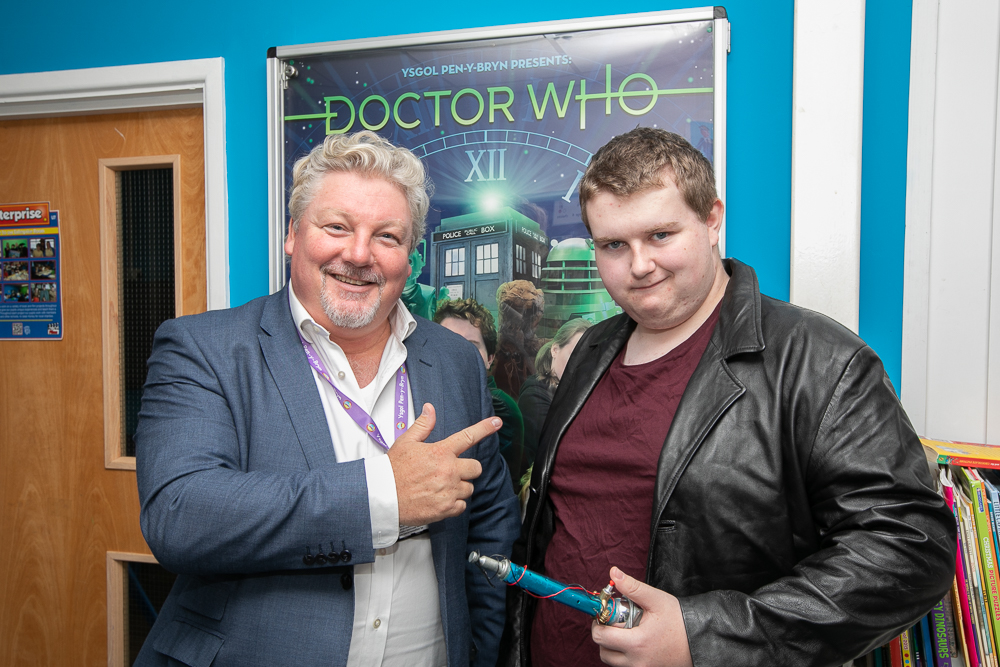