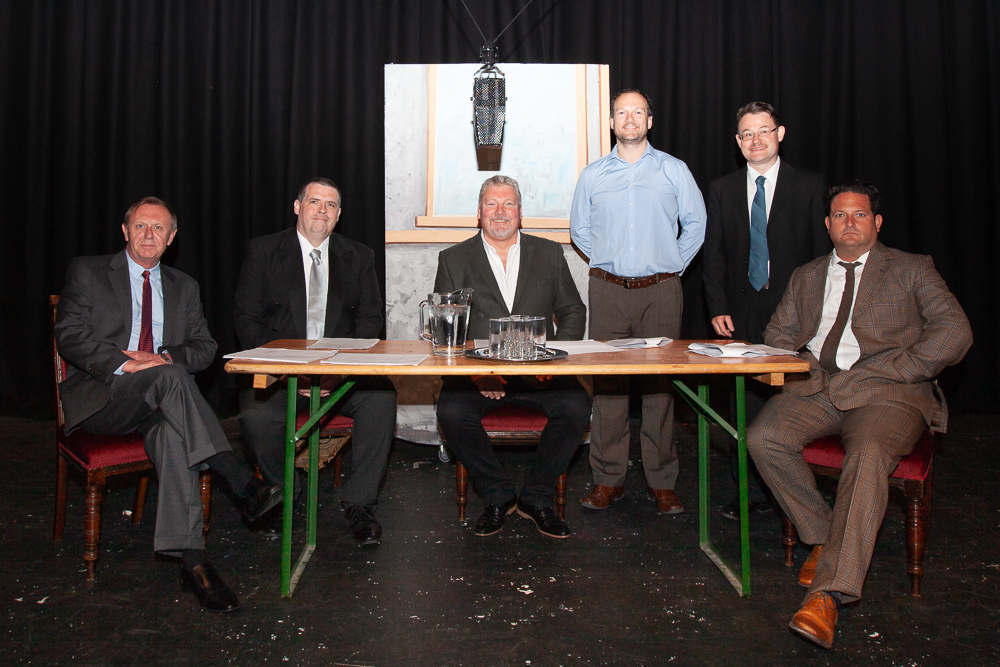 Leading Swansea law-firm, Peter Lynn and Partners Solicitors have worked closely with Karen Struel-White in her staged recreation of the famous 1949 BBC broadcast by the Kardomah Boys – ‘Swansea and the Arts’.

Named after the cafe, they frequented in the 1930’s and 40’s; the gang were a group of friends made up of some of the finest literary talents of the day including Swansea’s beloved son, Dylan Thomas.

The staged play re-enacts the BBC broadcast which took place in the Grove, Uplands in 1949 and featured the actual microphone that was used almost 70 years ago.

Peter Lynn, Senior Partner, said; “As a lifelong fan of Dylan Thomas, we were more than happy to support this staged production of such a famous broadcast and are privileged to have our name associated with such a fantastic recreation.”

Karen Struel-White, who produced the show, said; “we are so grateful for the help of Peter Lynn and Partners and to have a sponsor sho has such a passion for the works of Dylan Thomas was a real bonus.”