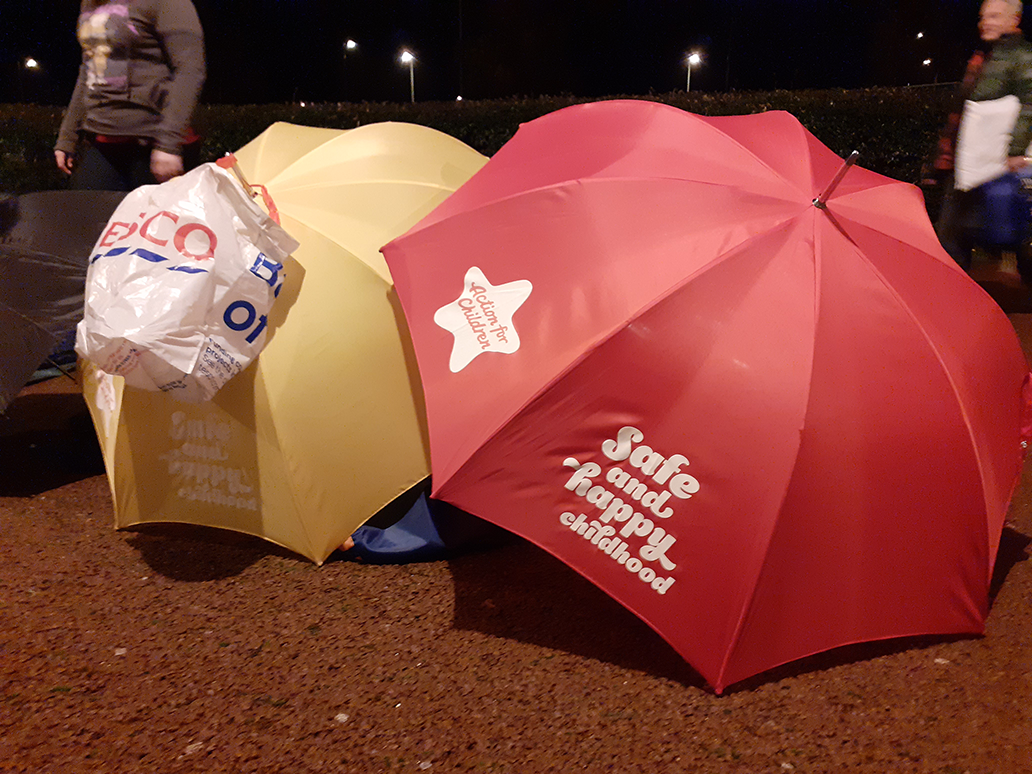 On Friday 4th October, staff from Peter Lynn and Partners took part in the Byte Night Sleep Out at the Liberty Stadium to raise much-needed funds for Action for Children.

Byte Night is the UK’s longest-running corporate sleep out, and now in its 22nd year, it has raised over £12 million for nationwide projects that prevent youth homelessness.

Taking part on behalf of the firm were Paula Stockley and Lynne Isaac, who both braved the elements to take part in the event. Below is Paula’s overview of how the night went:

“We arrived at 6pm with about 90-100 others, all ready to take part in the sleep-out. At around 11pm, we had a meal then went outside to settle down for the night.

We had a groundsheet, yoga mat, sleeping bag, umbrella and I felt vulnerable when I laid down and closed my eyes as I knew I had to trust everyone around me and some were still in the party mood so it was quite loud. It was also hard ground we were on so I had some pain in my hips.

I slept on and off waking a few times and when I woke at 3.20am it was raining and the top of my sleeping bag was soaked and I could see Lynne’s was too. I then dozed on and off until we got up at around 5.30am. It was still raining and everything was wet.

I knew I was able to go home have a shower and hang my wet items to dry but was very aware that those who are homeless don’t have that option and for me, the thought of having to do that again the following night was a heart-breaking one.

Paula and Lynne have so far raised £490 from their target of £1,000 and are holding a charity curry night at Panshee Indian Restaurant on 30th October.

To help Paula and Lynne hit their target, you can donate by clicking this button https://www.justgiving.com/fundraising/lynne-isaac-byte-night-wales-swansea?fbclid=IwAR1OuB7U-1wE3VepOmb0ReiEck3FKRZbX1KaEE-zVZakmMJvmGwMwZ_2eiQ&utm_campaign=pfp-share&utm_content=Lynne-Isaac-Byte-Night-Wales-Swansea&utm_medium=fundraisingpage&utm_source=Facebook&utm_term=3yARyMWpx 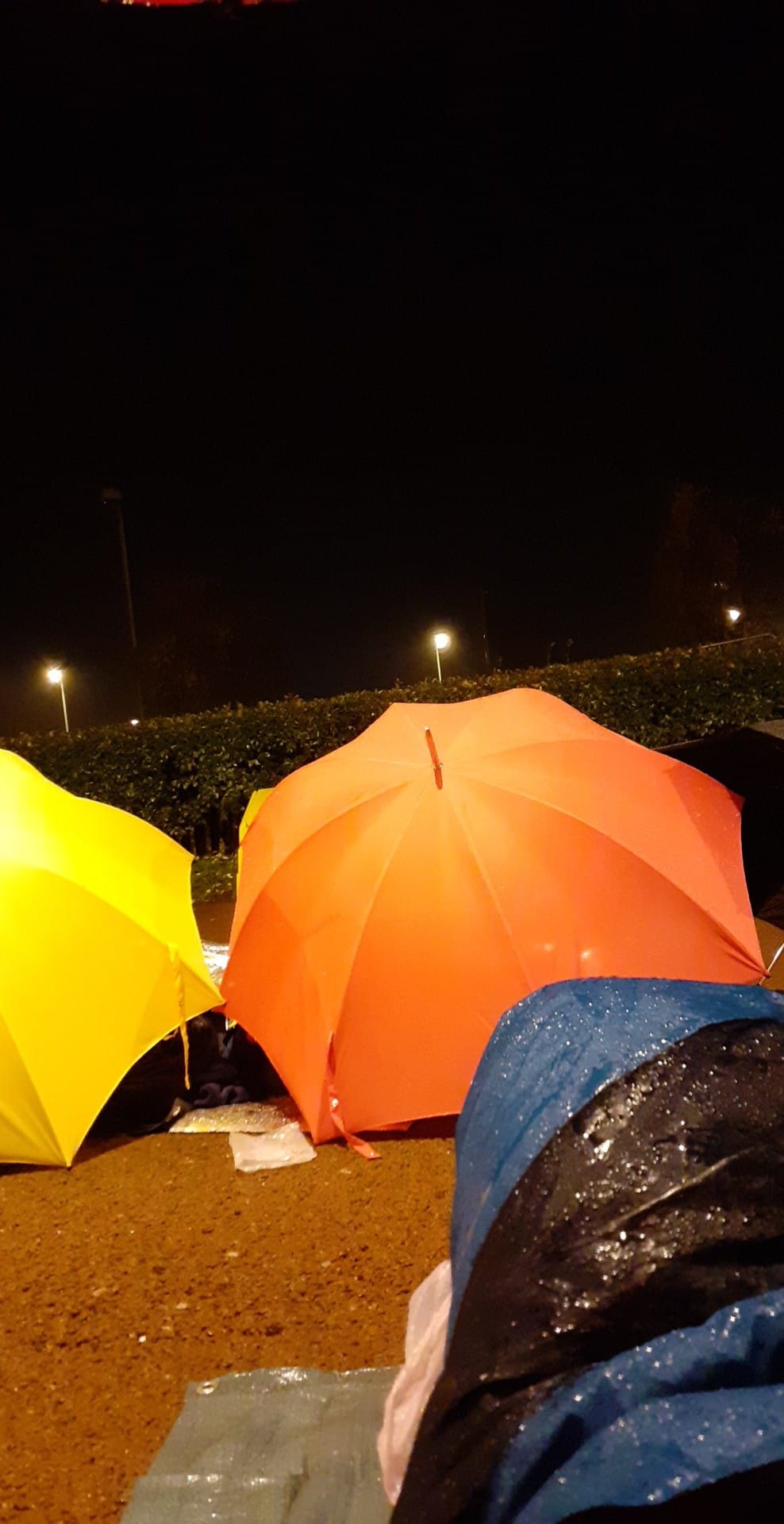 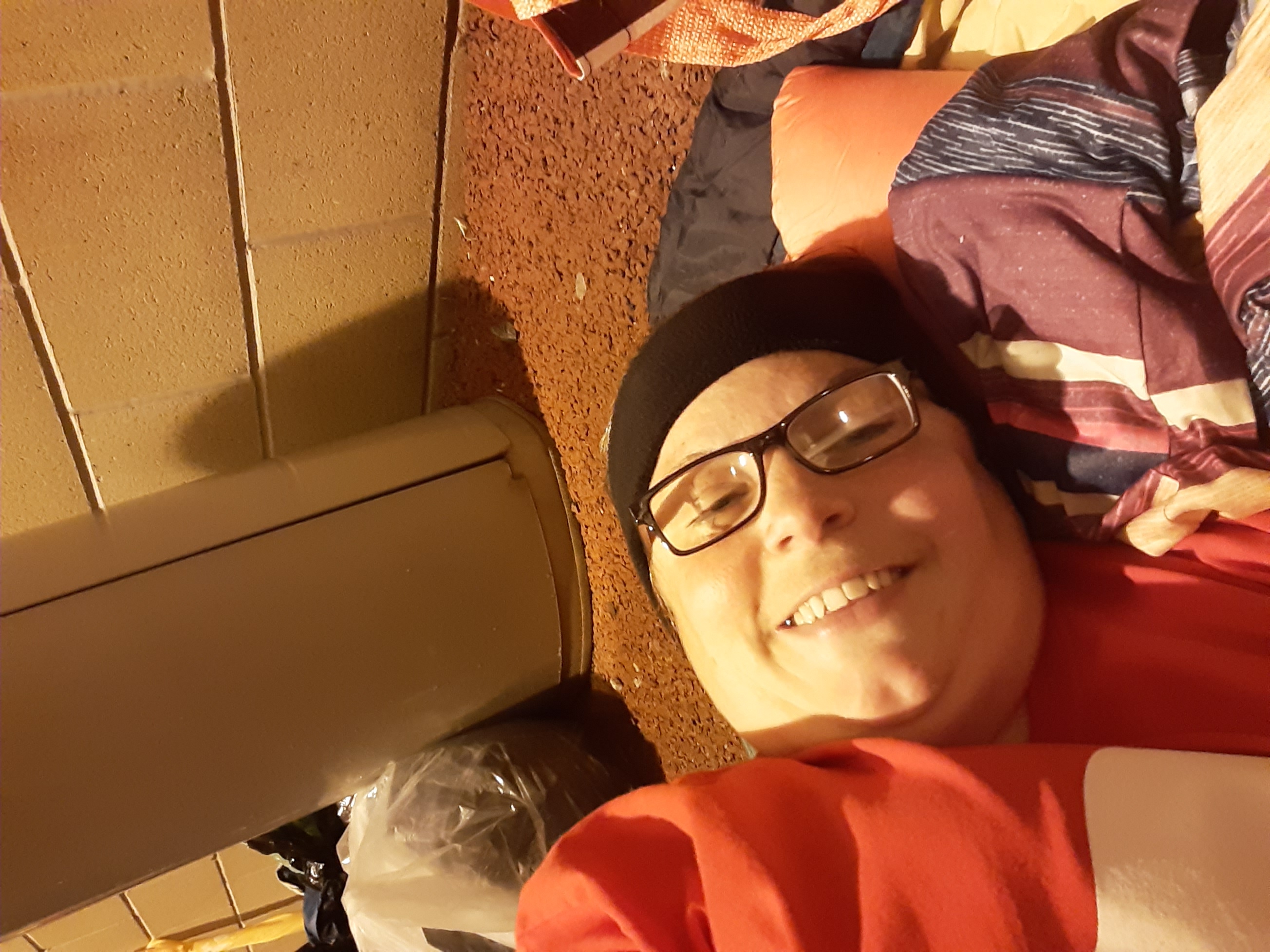