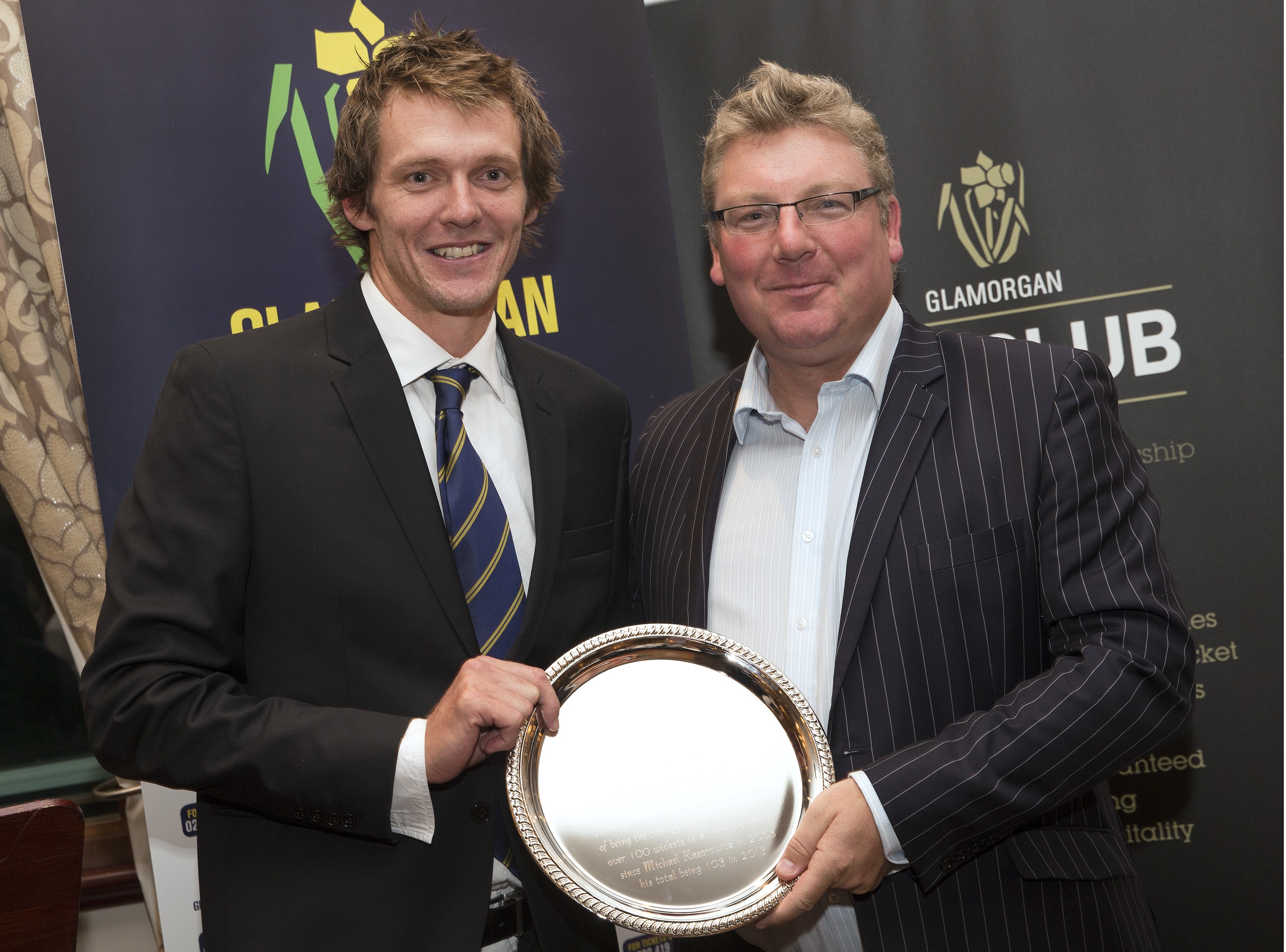 Prolific bowler Michael Hogan was the big winner at Glamorgan’s end of season dinner taking the county’s player of the year and the St Helen’s Balconiers player of the year awards.
Leading Swansea solicitor Peter Lynn was honoured to hand Hogan his trophy as Glamorgan’s player of the year at the dinner at the Towers Hotel, Swansea.
Hogan, 32, deservedly won his awards after an outstanding debut season for the Welsh county.
The Australian bowler claimed 103 victims in all forms of cricket this summer and became the first Glamorgan bowler to take more than a century of wickets for the county since fellow Australian Michael Kasprowicz achieved the feat in 2003.
Sixty seven of Hogan’s wickets came in the LV= County Championship and 28 in the YB40, a competition which saw Glamorgan reach the final at Lord’s only to be beaten by Nottinghamshire.
Coincidentally, Hogan took his 50th Championship victim against Leicestershire at the St Helen’s Cricket Festival in August, which was sponsored by Peter Lynn and Partners.
“It was an absolute honour to be able to hand Michael his award as Glamorgan’s player of the year.” said Peter Lynn.
“It was thoroughly deserved and hopefully Michael can carry on his performances next season as Glamorgan show increasingly better form.
“I was particularly pleased that Michael celebrated his 50th wicket during the Swansea Cricket Festival which has become an integral part of Glamorgan’s fixture list.
“We at Peter Lynn and Partners were delighted to support the Swansea Cricket Festival and I understand how important it is we keep first-class cricket coming to the city.”
Peter Lynn and partners have long been heavily involved in supporting sport and the community in and around Swansea and they have helped some 10 local football, rugby and cricket clubs to date.